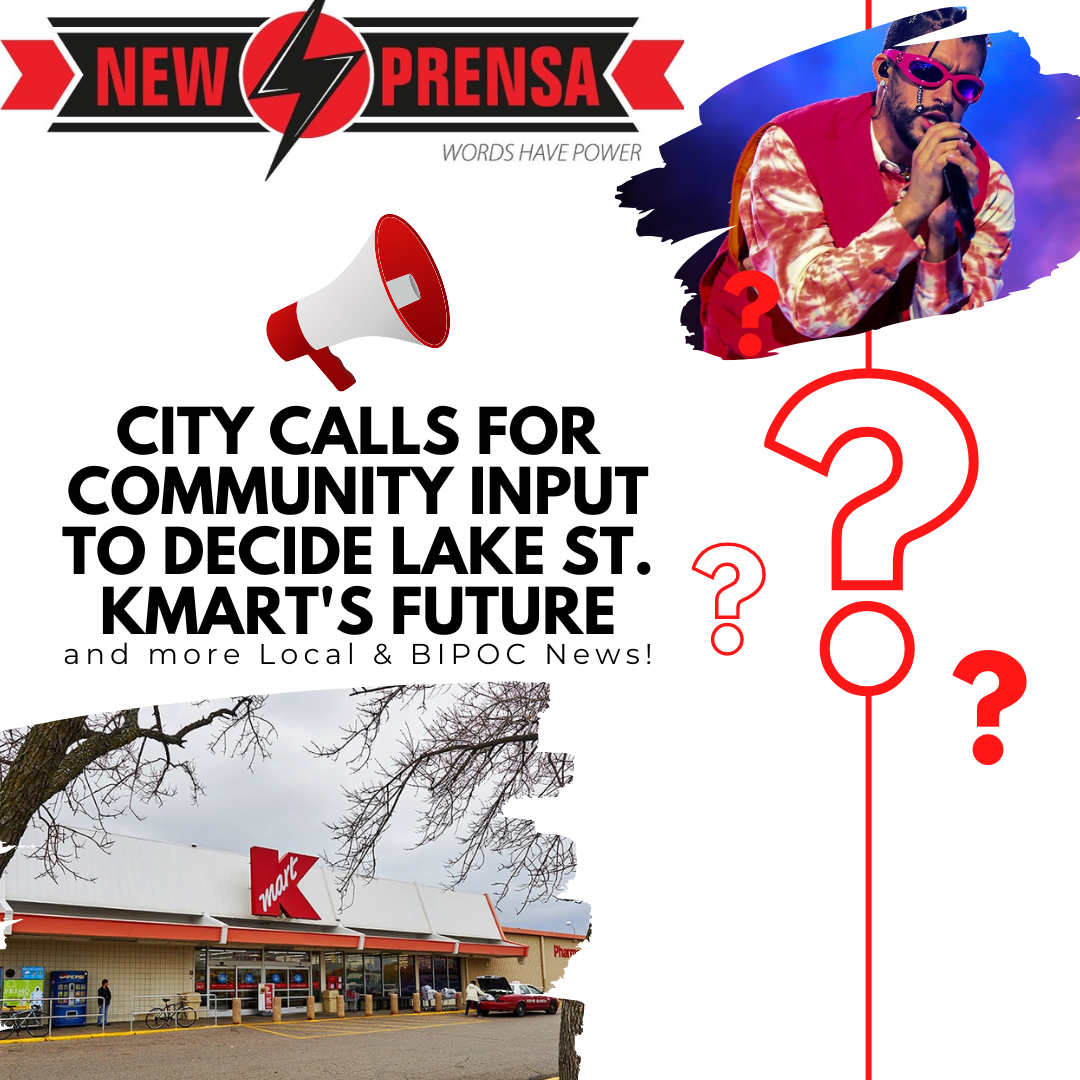 If you know the corner of East Lake St and Nicollet Ave, you know the Kmart that has been around since most of us can remember. The business only agreed to vacate the building in 2017, bringing to an end its four-decade reign on the street corner. The demolition of the building, which was originally scheduled in late 2020, was postponed when the USPS signed a lease to use the space until mid 2023. The USPS came to occupy the space in late summer of 2020, following the loss of the Minnehaha and Lake St post offices during the unrest following the murder of George Floyd.

The building was a polarizing landmark in the Lyndale neighborhood, as it blocked Nicollet Avenue between West 29th St and Lake St. Now, the City of Minneapolis is working with Our Streets MPLS, a nonprofit working to make walking, biking, and rolling safe and accessible to all, to gather community feedback on the future of the project site. Their goal with this community engagement is to represent the voices of historically underrepresented communities. The City and Our Streets is hosting a walk, bike, and roll audit at 6:00 PM tonight, October 6th, in the Kmart plaza parking lot. The audit is open to all. For those who cannot attend, consider filling out the Former Kmart and New Nicollet Redevelopment Survey to share your opinions related to the project.

Oct. 1st is officially Bad Bunny Day in Los Angeles, California. L.A. City Councilman Kevin de León carried out the resolution Friday before the Puerto Rican Grammy-Award winner’s concert at SoFi Stadium for his World’s Hottest Tour. Bad Bunny is known for his hits like “Ojitos Lindos”, “La Santa”, and “Te Bote”. He became noticed on SoundCloud in 2013, and later became a worldwide sensation with his album hitting the highest ranks in U.S. charts. His last Caribbean-style LP “Un Verano Sin Ti” is still No.1 in the Billboard charts for the 12th week. L.A. is known for having a large Latino population holding 50% of its people, according to de Leon for KTLA. The younger generations appeal to Bad Bunny because of his patriotism for Puerto Rico, his openness about his sexuality, and his confidence in his experimentation with his appearance. Not only has he experimented with Reggaeton but he has also integrated bachata, dem-bow, salsa, and other Latin American music genres. It is without a doubt that the musician has gone far in his career as he continues to inspire the younger generations of Latinos as he takes over the world.

Netflix collaborates with musician Kid Cudi on animated adult special Entergalactic. Inspired by his upcoming 8th studio album, fifteen tracks were used to create the storyline. The film reflects the New York dating life in a technological era, where the main character Jabari meets his neighbor Meadow and falls madly in love. Cudi collaborated with a big team of talented actors, such as Jessica Williams, Laura Harrier, Timothy Chalamet, Vanessa Hudgens, Ty Dolla Sign, Jaden Smith, and 070 Shake. Virgil Abloh, a close friend of Cudi, helped him create the clothing for the characters in the movie before his passing in Nov. 2021. The trailer reflects the New York scene and how meeting someone in the big apple can be difficult at times in this day and age. However, the producers for Entergalactic do a great job at portraying the two characters in a sensitive and down-to-earth light and provide its audience with a sincere view on love.

The appeals for the Minnesota Frontline Workers Pay have all been processed and final confirmations have been sent out to those eligible. The payout, distributed between 1,025,655 eligible applicants, sits at $487 and change. While less than the originally predicted $750 per person, the amount is still a welcome acknowledgement of the work done by Minnesotans during the peak of the pandemic. Payments should start appearing in bank accounts (for those who selected direct deposit) in the next week.