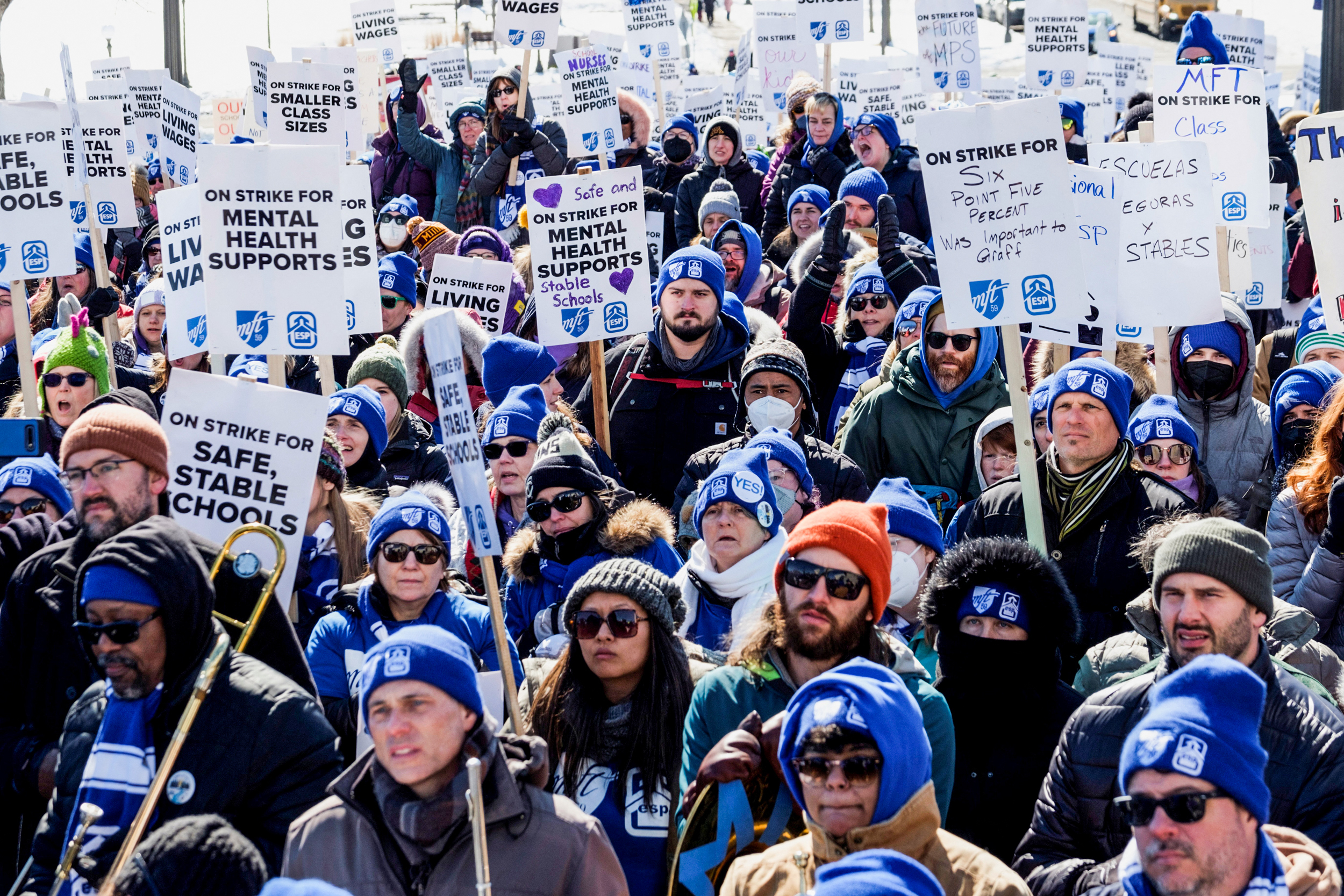 We’re talking about the aftermath of the Minneapolis Teacher strike, the lack of affordable housing, and a new local restaurant making waves.

It feels like so much has happened since the Minneapolis Teacher Strike back in March. During that time, students and teachers were (obviously) not in school because many were out on the streets protesting. After the strike concluded, the Minneapolis School Board decided to add two weeks’ worth of classes to the end of the school year. Those two weeks are almost up as of this week. The reasoning? Because teachers need to face the consequences of going on strike, and students are caught in the crossfire.

Back in April, students attended the school board meeting that voted on the idea of extending the school year. Many of the students objected, saying they have responsibilities like jobs or taking care of siblings. One student yelled “bullshit” to Superintendent Ed Graff, who proceeded to leave the room… and resigned a few days later.

We’re now in that “extra two-week” period, but the finish line is in sight for Minneapolis teachers and students. During these two weeks, though, students were without hot lunch, stocked bathrooms (including toilet paper, soap, and paper towels), and many high schoolers faced troubles when their metro cards (that they rely on for getting to school) no longer worked. Also, a heat wave has hit the twin cities, leaving many schools without air conditioning. Due to this, some schools moved to online, remote learning. Yet, many students have already turned in their borrowed electronic devices, leaving them with the question, “now what?”

It seems like “making up lost time” is the right thing to do, but with this decision comes planning, which was ultimately poorly executed, leaving students in a position to fend for themselves when their needs went unheard.

The Twin Cities and the rest of the country have seen an increase in rent prices. According to Redfin, the median monthly asking rent in the U.S. surpassed $2,000 for the first time in May. Due to rising inflation and an unwavering minimum wage, along with a shortage of affordable housing and rent control laws, people cannot find a place to live or are at risk of being outpriced in their homes.

The Minneapolis 2040 plan has policies and steps to ensure that all residents have access to affordable and quality housing by the year 2040. One of the first implementations was the building of duplexes and triplexes. But, just this week, production was halted (after already a slow start) by an ensuing lawsuit.

Another point that the plan addresses is the increased rent and housing costs in recent years and the decrease in median household income for people of color in Minnesota. Putting non-white residents even further out of reach of affordable housing.

Owamni by the Sioux Chef has received the James Beard award for Best New Restaurant in the nation. James Beard awards honor talent within all areas of the food system, and are highly regarded among the culinary world. The restaurant, co-owned by ​​Dana Thompson and Chef Sean Sherman, opened in 2021 in Mill Ruins Park on the Mississippi River. At the ceremony, Thompson acknowledged the help of the Minneapolis Parks and Recreation board in raising funds to secure a location close to the river for the young restaurant. Chef Sherman focuses his culinary practice on the celebration of indigenous food systems in a modern context. You can find more information about dining at Owamni here, but be prepared for long lines and limited reservations as the restaurant welcomes their newest award.

Celebrate Minnesota Pride this weekend! The main festival will run from Saturday, June 24th until Sunday, June 25th, from 10:00 a.m. to 6:00 p.m. on both days. The festival will be hosted at Loring Park in Minneapolis, and will feature local LGBTQ+ and BIPOC vendors, live events, food courts, and a beer garden. Check out the Twin Cities pride events page for more Pride events happening all over Minnesota!